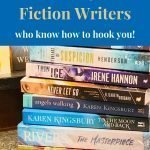 As long as Christian fiction writers point us back to Christ, they’re doing amazing work!

I have a somewhat simple biblical worldview. So when I read, I see the lessons of scripture scattered in unusual places. Even in the non- ‘Christian’ books and shows that I enjoy. It’s easier to find these values and lessons with Christian fiction writers than mainstream media, though. So I tend to spend most of my time here. 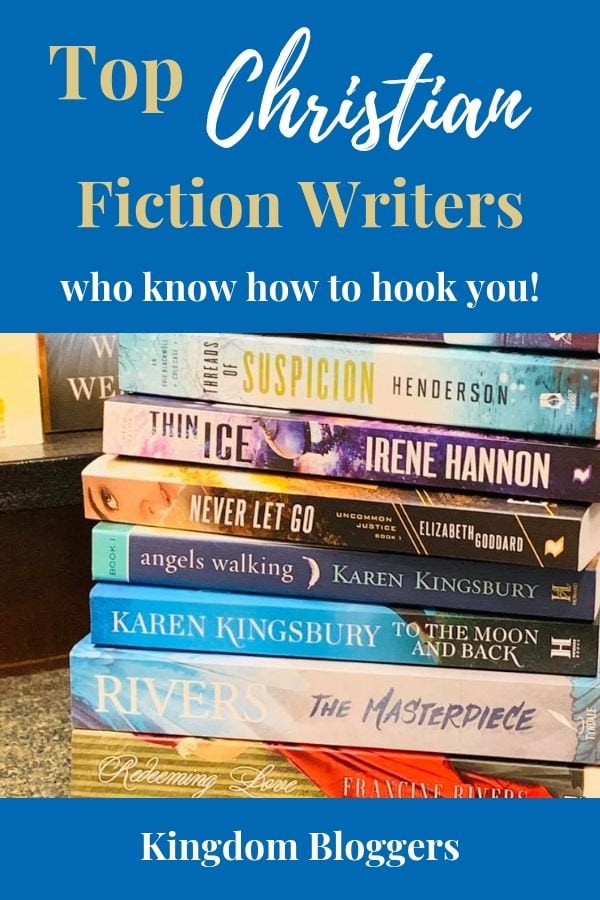 Who Are the Best Christian Authors

Are you looking for some great Christian fiction to read this year?

There are so many amazing Christian authors and writers today that it may be hard to say that one of them is the “best” over the others!

You can’t go wrong starting with the classics. After all, they’ve stood the test of time and are still popular and widely accepted as remarkable work!

Here are some of my favorite Classical Christian Authors:

C.S. Lewis: First you step through the wardrobe. Then it is on to the Screwtape Letters, the how-to manual for demons to mess with our faith. C.S. Lewis is one of the most classic Christian authors around.

Charles Sheldon: I read In His Steps as a teen, and was drawn in. This fictional story is filled with practical application that will help you “work out your faith” with action and thought. This is NOT to be confused with works based salvation though!!

John Bunyan: I mean, Pilgrims Progress. Honestly, the allegory is plain and simple, which makes it easily digested and applied. But at the same time, you sit and scratch your head, and watch the adventure and journey unfold. Having read the children’s adaptation and not the original, I can only speak to it, but it still echoes in my head 20+ years later. I have no doubt the original is more powerful.

JRR Tolkien: I know they aren’t published as Christian specifically, but Tolkien was a Christian, and it shows.

The Hobbit, and even more so the Lord of the Rings trilogy has undertones of the Christian faith throughout. Don’t believe me? Check out these two devotionals on finding Jesus in the Hobbit and in LOTR.

History covers a lot of ground. Christian historical fiction authors are generous with chances to explore what it was like to live in so many times and places.

Because of their research, creativity, and generosity, we can experience character qualities tested. Imagining ourselves in those places allows us to practice in advance how we will handle challenges.

Early America Through the Civil War

If you’re looking for something more “now” these Contemporary Christian fiction authors may be just right.  They are a good mix of reality, suspense, romance, comedy, and fun. They write characters that could be you, or a friend. Experiencing them living out their faith in an honest Christian walk is both inspiring and encouraging.

As I’ve said before, Christian Romance authors have a hard job. Weaving the ultimate love story of God into a human romance takes talent. Trying to keep it believable and real while keeping the ‘fairytale’ hope alive is tricky.

If you are looking for truly inspiring Christian fiction writers in the Romance category, let me introduce you to some of the Best!

Now, I’m from the camp of ‘God had an awesome imagination’ so, with the idea of Christian Fantasy, Authors don’t have a hard time getting my attention. Though keeping it takes quality! These 4 Christian fantasy authors have taken a spark of an idea and built worlds of adventure, wonder, faith, and courage. A few may have been intended for teens, but are done so well that they’ll draw in anyone who’s in hearing range!

Christian YA fiction is a much-needed genre. Our teens need good friends and good fiction that will build them up in moral character, faith, and courage. Many of the above top Christian fiction writers are great for teens and young adults. But these are the best I’ve found for that age group specifically! So let’s wrap up this list with quality Christian YA Fiction!

Who Are Your Favorite Christian Fiction Authors

What’s on Your ‘to be read’ bookshelf? I’m always looking for more book suggestions.  Who do you recommend? Did you find someone intriguing here? Leave us a comment and tell us which Christian fiction writers you love and why!

2.6K shares
Scroll to Top
We use cookies to ensure that we give you the best experience on our website. If you continue to use this site we will assume that you are happy with it.OkNoPrivacy policy