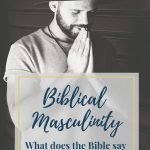 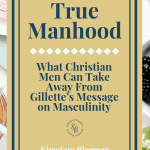 We live in a time when gender identity is said to be non-binary. The greatest casualty in the strive for gender equality and equity has been the meaning of true manhood in America. This became apparent recently when Gillette released a commercial in January 2019.

The message of that commercial was a challenge to men in the U.S. to be “the best a man can get.” It called for men to stand against bullying and sexual harassment. It called for a serious look at what has been deemed “toxic masculinity.” It sparked a firestorm rather than becoming a rallying cry for what is good. As Christian men representing Jesus Christ, we must take a deeper look at ourselves. 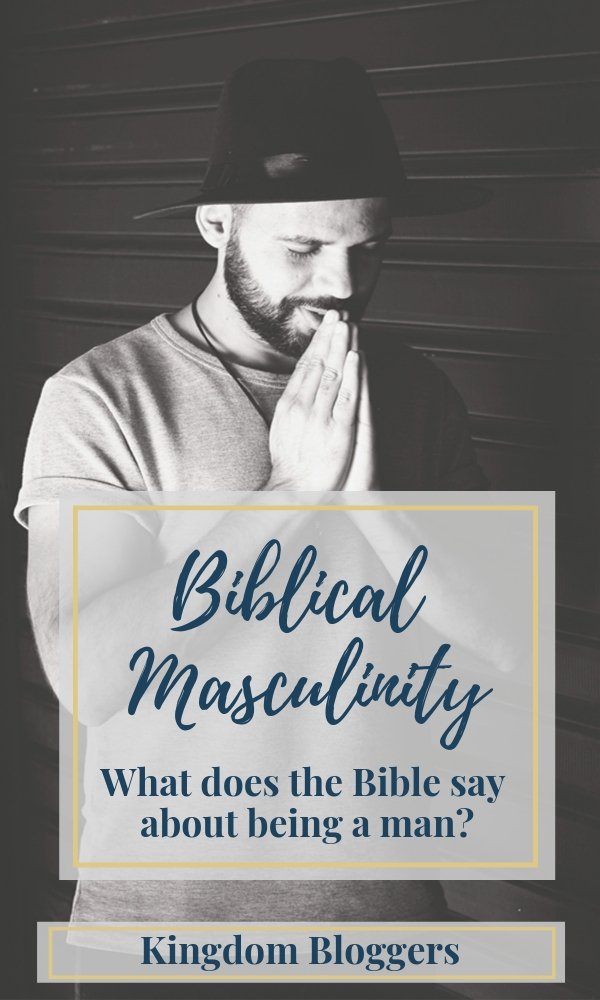 Contents hide
1 True Manhood – A Biblical Perspective
1.1 What Does the Bible Say About Being a Man? The Jesus Example
1.1.1 Jesus was not weak
1.1.2 Jesus held to a high moral standard
1.1.3 Jesus respected the dignity of all people
1.1.4 Jesus lived for a purpose greater than Himself
1.2 What it means to be a Christian Man
2 Why Gillette’s Ad on Toxic Masculinity Struck a Chord
2.1 We Don’t Seem to Have a Good Grasp of Toxic Masculinity
2.2 How Are We Supposed to Define True Manhood Now?
3 True Manhood is Taking on the Heart of Jesus Christ’s Ministry

There are a lot of examples of Biblical manliness in men like Joseph, King David, and Gideon. They represent the flawed reality of man. If you want to see an example of true manhood, we do not need to look much further than Jesus Christ for now. Jesus represents the ideal Christian men should strive to achieve while giving ourselves the grace that we are not perfect.

What Does the Bible Say About Being a Man? The Jesus Example

Jesus was gentle with the weak and outcast

Jesus reached out to those who were often shunned by society. The Pharisees would question why Jesus ate with tax collectors and sinners (Matthew 9:9-13.) He healed many people who had leprosy and other ailments that required them to be separated from the rest of the villages He visited. His reply was that it was the sick who needed healing.

The Pharisees once presented a woman to Jesus who had been caught in the act of adultery. Apparently, they didn’t catch the man who was involved? They wanted to hear Jesus say she should be stoned to death according to the law. He instead defended her from mob rule by saying only those who were guilt-free of any sin, any wrongdoing, could cast the first stone. The crowd disbanded. (John 7:53-8:11)

How’s that for true manhood?!

Jesus was not weak

Besides the standing up to angry mobs bit like in the previous story, Jesus flipped tables and chased corrupt people from the temple courts with a whip he made on the spot. A holy place had become a place of profiteering and taking advantage of those who came to worship the Lord. (John 2:13-17)

Throughout the Gospels, Jesus takes a stand against the legalistic Pharisees and Sadducees, even referring to them as a “brood of vipers” at one point.

He stood up to those who used the law for their own personal gain rather than for the good of the people.

Christians agree that Jesus lived His life without committing one single act of sin. We see this at the beginning of his ministry when He was tempted by Satan for 40 days in the desert through the end of His life on earth. 1 Peter 1:19 refers to Jesus as a lamb “without blemish or defect.” While serving those who were downtrodden and outcast, He never compromised His own values.

Jesus respected the dignity of all people

We all have dignity having been created in the likeness and image of God. Our free agency has never been compromised by God nor Jesus Christ. Throughout all of scripture, we have the choice to believe in Jesus Christ or not. We have the choice to do good works or not in our faith. We have been called to go and do likewise when it comes to serving the poor, the outcast, the downtrodden as well as sharing of the Good News of Jesus Christ.

[bctt tweet=”We are here for a purpose greater than ourselves and not to live a life of self-serving passions. #BiblicalPurpose #GodlyMen” username=”kingdomblogger1″]

Jesus lived for a purpose greater than Himself

If you are searching for Biblical responsibilities of a man, Jesus shared that as well through His actions. Jesus did not come to earth in the form of a man simply to satisfy His own curiosity. He came to fulfill a purpose that was greater than Himself. In a similar way, we are here for a purpose greater than ourselves and not to live a life of self-serving passions.

Other characteristics of a good man according to the Bible can be found in 1 Timothy 3:1-12.

Be sure to check out The Apostles: 12 Men Who Followed Jesus to read more about how Jesus used these Godly men to change the world.

What it means to be a Christian Man

Our purpose as Christian men is to teach and model true manhood for other men, and for the next generation of men in our society.

Being a Christian man is about striving to live a life that emulates Jesus Christi. Because we are imperfect, we are the living example of the grace of Jesus.

As iron sharpens iron, so one man sharpens another.” Proverbs 27:17

Why Gillette’s Ad on Toxic Masculinity Struck a Chord

Gillette’s commercial took a stab at society’s definition of a manly man, and society stabbed back. The video on YouTube at the time of this writing has two Dislikes for every Like with over 29 million views. That seems very odd for a video that at its core has a message about men ending bullying, sexual harassment, and even sexual assault.

Wouldn’t Christ’s example of true manhood call men to take a courageous stand for those who are downtrodden? After all, even the U.S. Army Special Forces have a motto “De Oppresso Libre,” free the oppressed.

The Gillette ad attacked behaviors like bullying, sexual harassment, street harassment, and objectification of women. It also challenged men to stand up to such behavior. Mention of the #MeToo movement and discussions around toxic masculinity have men, at least the squeaky wheels among us, saying #NotAllMen.

It seems that it is difficult to show examples of toxic masculinity without a majority (or a vocal minority) of men getting offended as if we accused every male in the world.

Many of us can agree that the issues presented in the Gillette ad are indeed wrong, and no one deserves to be on the receiving end. So, why does this particular ad have a 2-to-1 Dislike-to-Like ratio and trigger a not-all-men reaction? It should actually be a rally cry for true manhood.

More from our Bible Truths Series:

How Are We Supposed to Define True Manhood Now?

As far back as I can remember, true manhood has been defined by some narrow behaviors. The short of it is that I am expected to exert my dominance in the world through a few self-centered arenas.

It may be that this ad from Gillette served as a “last straw” in a sense. The heteronormative male has witnessed his identity come under fire from a counterculture that wants to erase gender identity as something that is binary into something much more fluid.

When we take that perspective while watching the Gillette Ad’s message, we can look to Christ’s example to be the best a man can get.

If you haven’t watch it, you can see the Gillette Ad here.